If you have ever been interested in cryptography or started to learn about it then there is a high probability that you would have come across Caesar Cipher. In case you haven’t, here’s how wikipedia explains it

In cryptography, a Caesar cipher, also known as Caesar’s cipher, the shift cipher, Caesar’s code or Caesar shift, is one of the simplest and most widely known encryption techniques. It is a type of substitution cipher in which each letter in the plaintext is replaced by a letter some fixed number of positions down the alphabet. For example, with a left shift of 3, D would be replaced by A, E would become B, and so on. The method is named after Julius Caesar, who used it in his private correspondence.

In this post and further posts this series we would implement these encryption and decryption in Python.

This part of the algorithm is fairly straight forward. The code below asks the plain text that you like to encrypt using the Caesar Cipher and the number of alphabets that you would like to be shifted.

Finally it outputs the ciphertext for you to use.

I am assuming that you have either already have python installed on your system or you would do it now. To encode your message using Caesar Cipher save the above code in a .py file and then int the command prompt navigate the folder where the file saved and run the command similar to below:

Just like hiding something is simple and finding it is difficult. Similarly encoding is much simpler than decoding it. Now assume that you encoded your message using Caesar Cipher but then you forgot how many character you actually shifted. In this solution we would go through creating a solution for deciphering the ciphertext for all the possible shifts and then using the Oxford dictionary API to check which of these output actually makes any sense.

The initial section of the code is straightforward. We would ask for the ciphertext and your guess of what the shift could be

And here’s the a sample output

We all understand the concept of boxing and unboxing in C# but type casting is a bit more complicated and we do have more than one option to accomplish it.

The two options that we have is 1) Have an explicit cast  to specific type or 2) Use the as keyword for type casting. Let’s look at each one of those in a little detail in code

I am going to call the type casting without any keyword as standard type casting.  Below is a code example of one of the ways of doing it right.

It is apparent from the code that the object we are trying to cast to typeof Person is not actually a person and hence will be unsuccessful, so we are prepared for it by catching the InvalidCastException. This is exactly the problem when using the standard type casting.

We can avoid getting an exception during type casting by using the as keyword. Below is the code example of one way of doing that

As we can see from the code above, we used the as keyword to type cast and since the obj1 was is not of the type Person we will get back null as the result of the cast.

I know. The next question one would ask as to why is better than catching an exception since it is almost the same amount of code?

The answer to that question is performance. It is always expensive to throw an exception because of the additional work that needs to done by the runtime like colleting the stacktrace, increase in memory pressure sue to the page faults, etc

There is one catch while using the as keyword though, the as keyword only works for reference types or nullable types, which is understandable since it either returns the casted object or null and there no option to return null in case of failure for non nullable type (value type), it can’t be used there.

In summary, we should try to use as wherever possible as checking for null is definitely preferred as compared to throwing an exception, however if we must use type casting we should catch the specific InvalidCastException for better performance.

Although there is not much to the source code, regardless it could be found at github

Any questions, suggestion or feedback is always welcome. 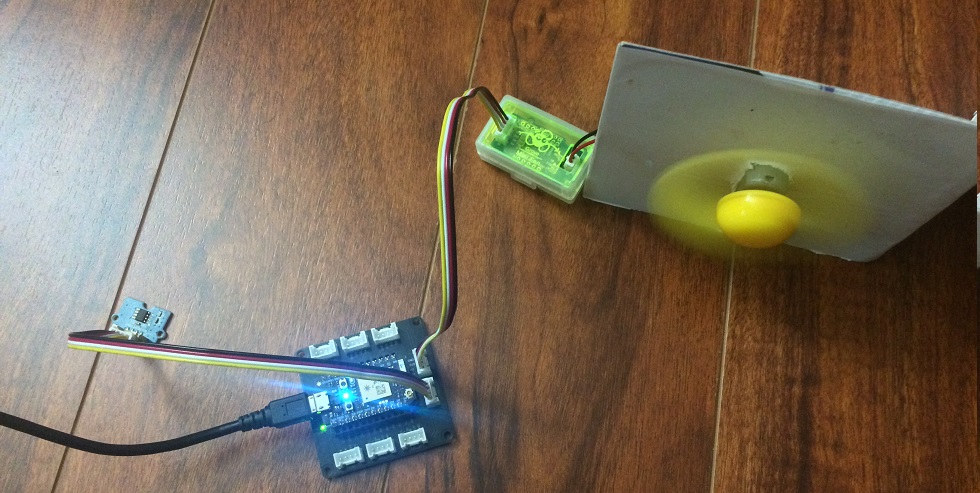 IOT is the next technological wave and we all would be riding it weather we want or not. As a technologist by hobby and profession I like idea of everything I interact with being smarter and it is quickly turning into reality. You are right, we are just getting started and we have a long way to go use the Internet of Things to make everyone’s life’s easier, more comfortable and save money as we still do not fully understand how we would manage a lot of things like interactions, interconnections and most importantly security of these millions of devices across the internet and constantly communicating.

However we will explore more about all of these as we go along this adventure. In this series we will be playing with Photon and Grove components and see where this journey takes us.

This would give us enough devices to play with. This is all we need for the entire tutorial however you do not need to order all of this, you could also order individual parts for the adventure you like as well.

If you already have knowledge of electronics than you might get the photon Starter kit and components that you need and use soldering and or jumper wires to make the circuit for your self.

Enough about starter information, let’s get started with our First Adventure

Run fan when its hot

Run Fan through internet or when it’s hot

In the this adventure we will make this fan even smarter by able to receive commands through the internet so that we could start it through a browser.

Lets change our code to include a local variable and also expose a cloud function which would internally call the function to control the fan. Also we will alter the condition for turning on and off the fan to include the command given tough internet.

Hope you had fun doing the project. Any questions, comments and feedback are most welcome. 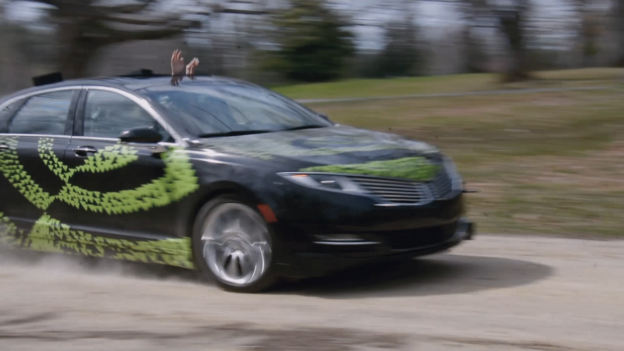 While opposed to the typical way to deal with working self-driving autos, Nvidia didn’t program any categorical question discovery, mapping, way arranging or control parts into this auto. Somewhat, the auto learns all alone to make all fundamental inside representations important to guide, by simply observing human drivers.

The automobile effectively explores the growth site while liberating all of us from making particular finders for cones or different articles present at the website. Also, the auto can drive out and about that is congested with grass and shrubs without the need to make a vegetation recognition platform. All it takes is around twenty illustration operates driven by people at various times of the afternoon. Figuring out how to drive during these head boggling situations exhibits new skills of profound nerve organs systems.

The auto also figures out how last but not least its driving conduct. This video incorporates a form that demonstrates an automobile that was prepared just on California streets but effectively driving itself in New Jersey.

The only future of web applications is with SSL and TLS however this is a nightmare for me and many other web application developers. When we moved all our applications to use secure communications always it became difficult to debug the web application and web api. Luckily Wireshark helps us solve this problem. Currently any secure traffic captured by Wireshark looks like this.

Note – Restart your browser so that the log file is created.

Hope this helps you with your work with secure web packets.

Any questions, comments and feedback is always welcome.